ARE YOU A ROBOT: 10 PLAYER EDITION

Home / ARE YOU A ROBOT: 10 PLAYER EDITION 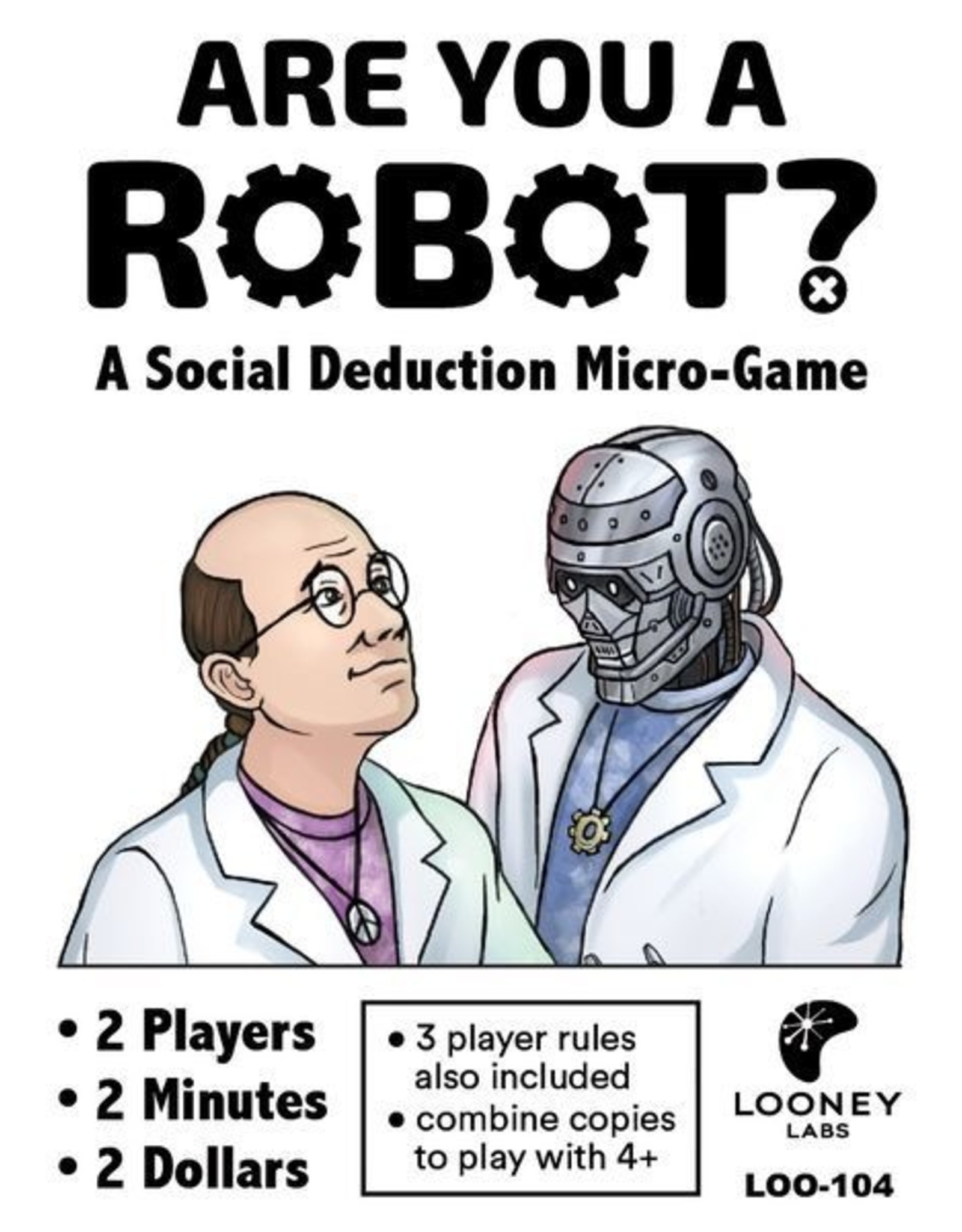 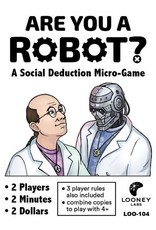 5 copies of the game included for increased player count.

Our space colony has been infiltrated by murderous androids who look just like us. We are gradually being replaced by look-alikes! The only way to find out for sure if someone is a robot is by shooting them with your laser pistol. Our only hope is to destroy the robots one by one!

Are You A Robot is a social deduction micro-game by Looney Labs.

Each player gets a random card, which they must look at but let no one else see. Gameplay consists of talking: asking each other questions to figure out who became a Robot. Players can say anything: lying is part of the game. The game ends when a Human decides to either shoot or shake hands! Humans prosper if they correctly shoot the Robot but the Robots win if humans turn on each other.