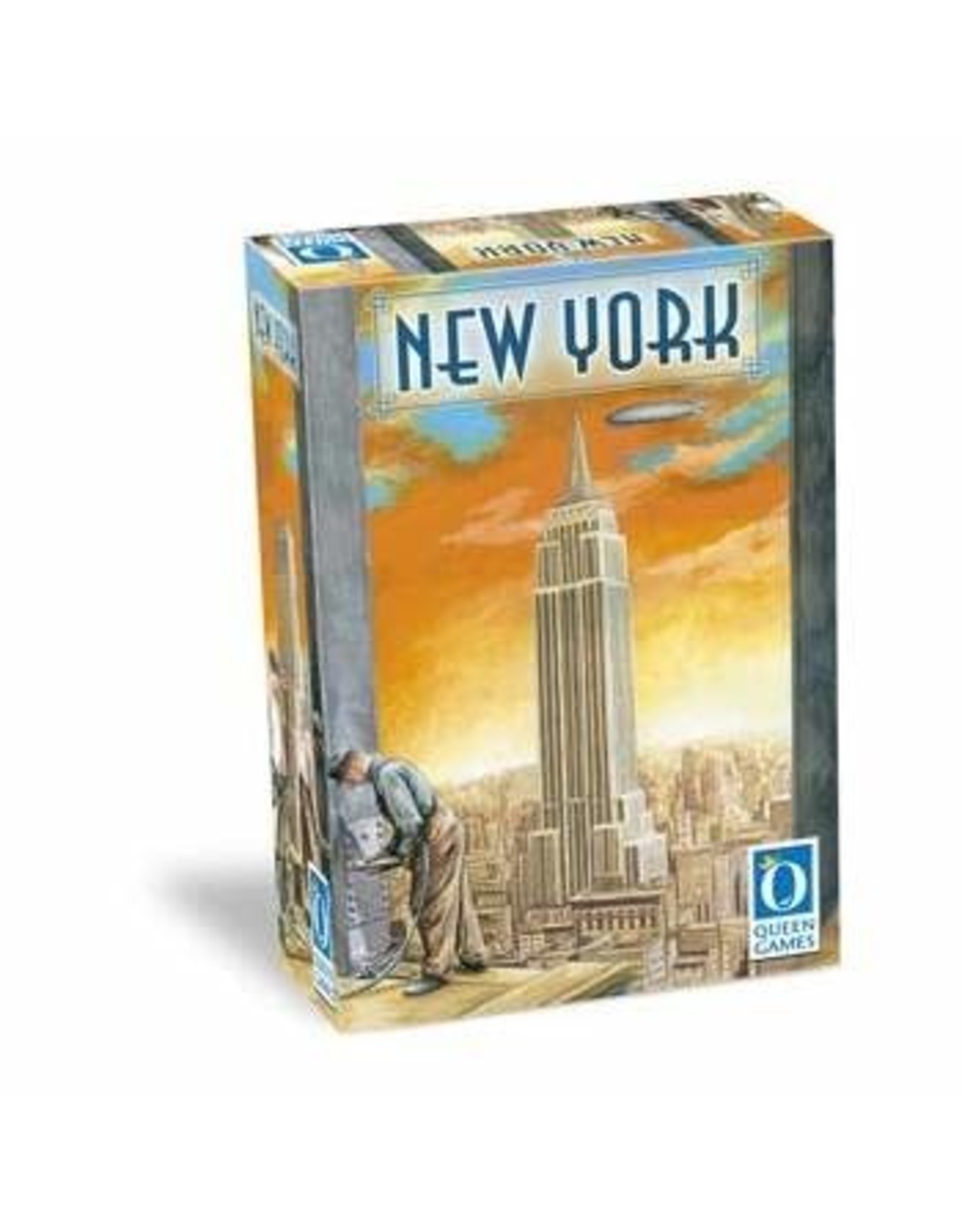 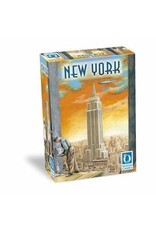 New York has the same game play as Dirk Henn’s Spiel des Jahres-winning Alhambra, but with the Spanish architecture being replaced by the skyscrapers of Manhattan. As in the original game, players collect four types of currencies and use those funds to purchase tiles that they assemble into their own mini-metropolis, connecting the paved street edges on the tiles to create a coherent network of roads. The building tiles come in six colors, and players score for their holdings three times during the game, earning points for having the most of a color as well as for their longest road.

Aside from the theme change and the associated new artwork, the gameboard is now larger with spots for both face-down and face-up tiles and a scoretrack that circles the edge of the board instead of zigzagging back and forth.