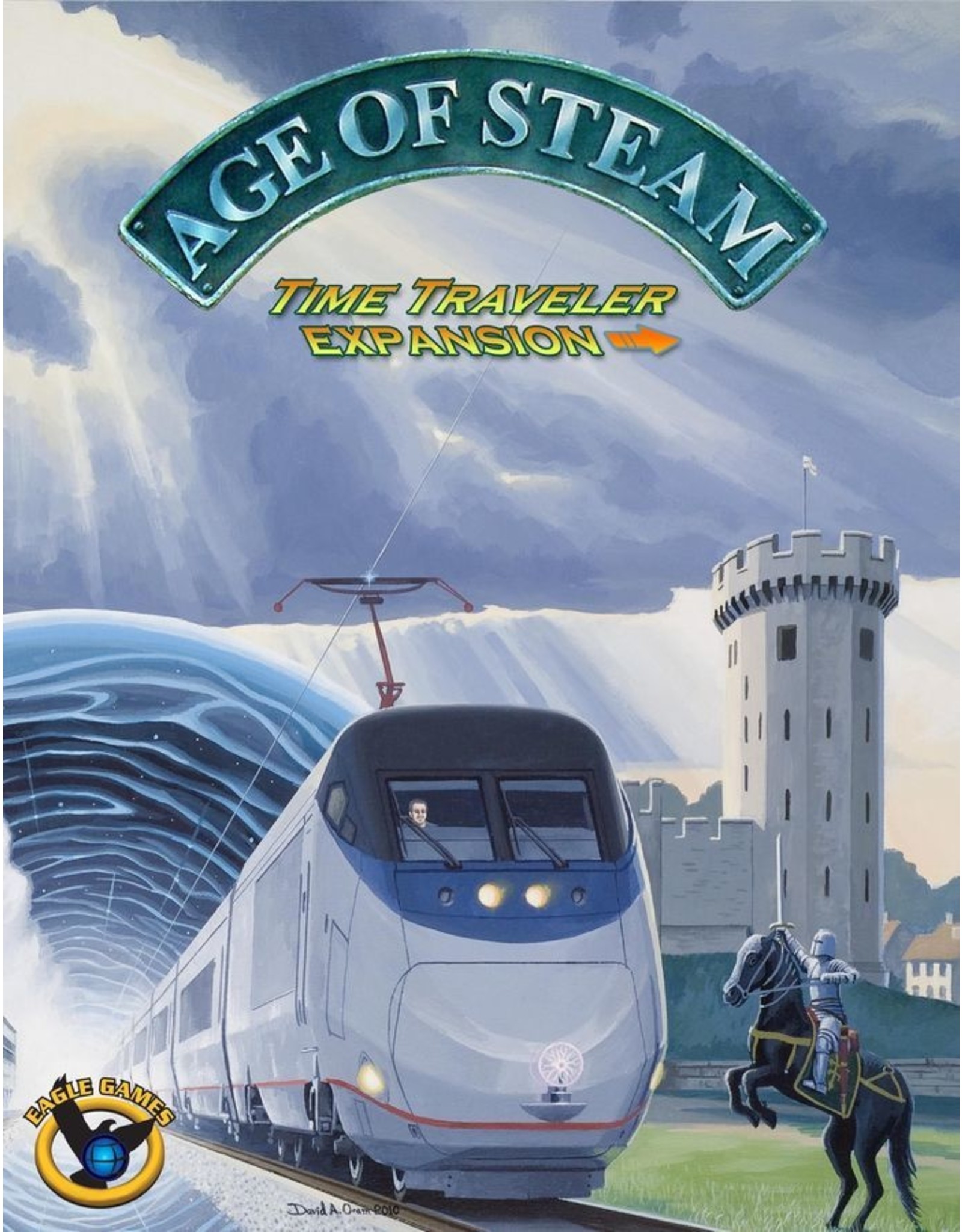 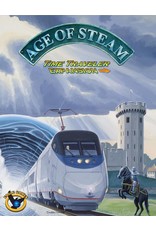 Take your Age of Steam experience to the next dimension! Age of Steam: Time Traveler Expansion comes with several new maps that represent not only different locations, but also different times as well, and adds an exciting twist as players travel from one map to another using time portals. Rather than the usual board with one single large map, the game features multiple considerably smaller maps, each representing a different era of time, and together make up the game board. In addition to building routes within a particular smaller map, players will be able to `travel' from one map in time to another map.