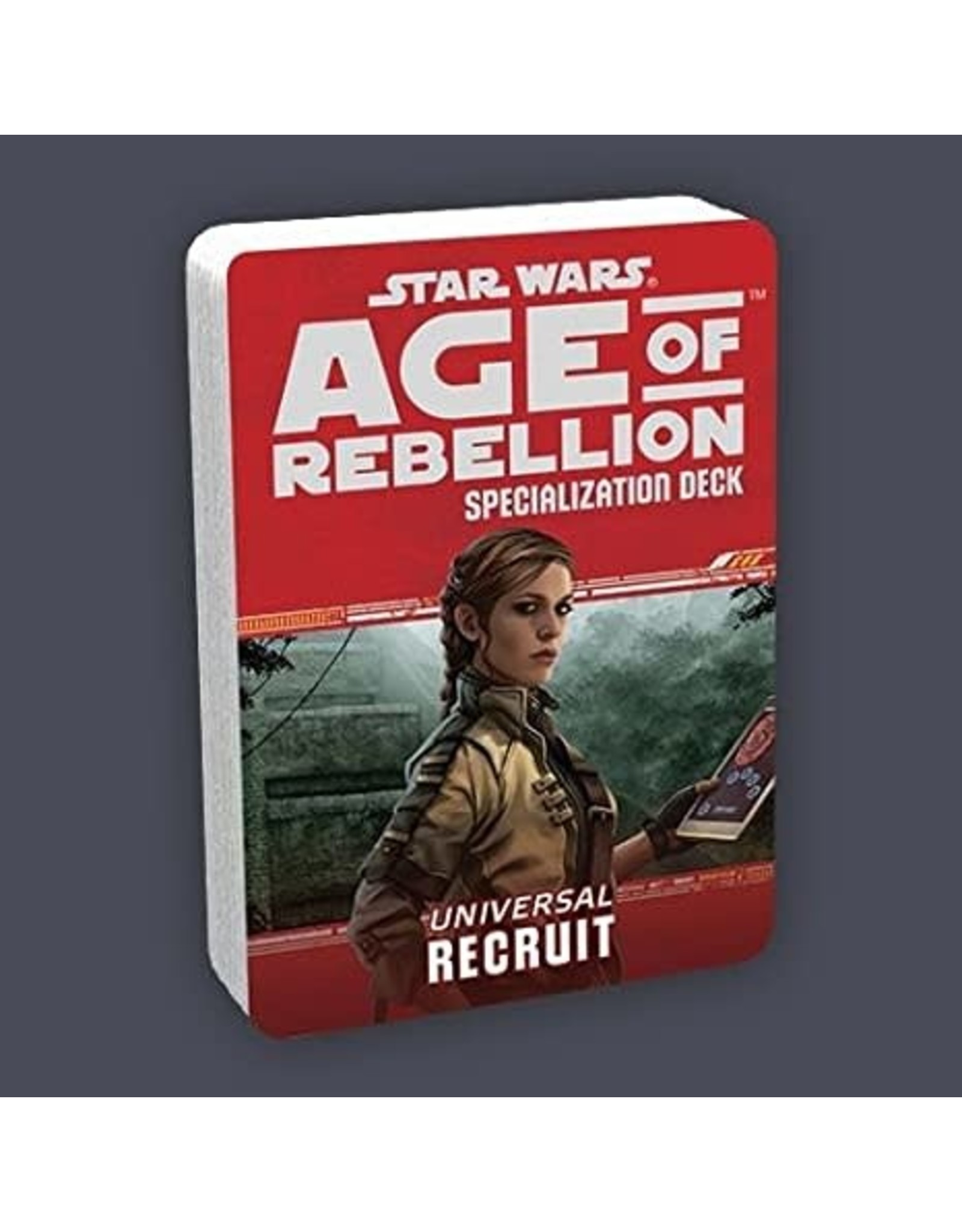 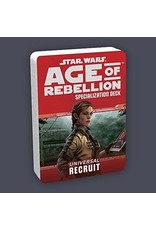 Any level of involvement in the Empire versus Alliance conflict can get a person embroiled in conflict very quickly. Regardless of your role in the group, knowing how to throw a punch, shoot a blaster, or drive a vehicle can be crucial in the field. It may even mean the difference between life and death. With the Recruit Specialization Deck, you can improve your odds and help get your team out of sticky situations.