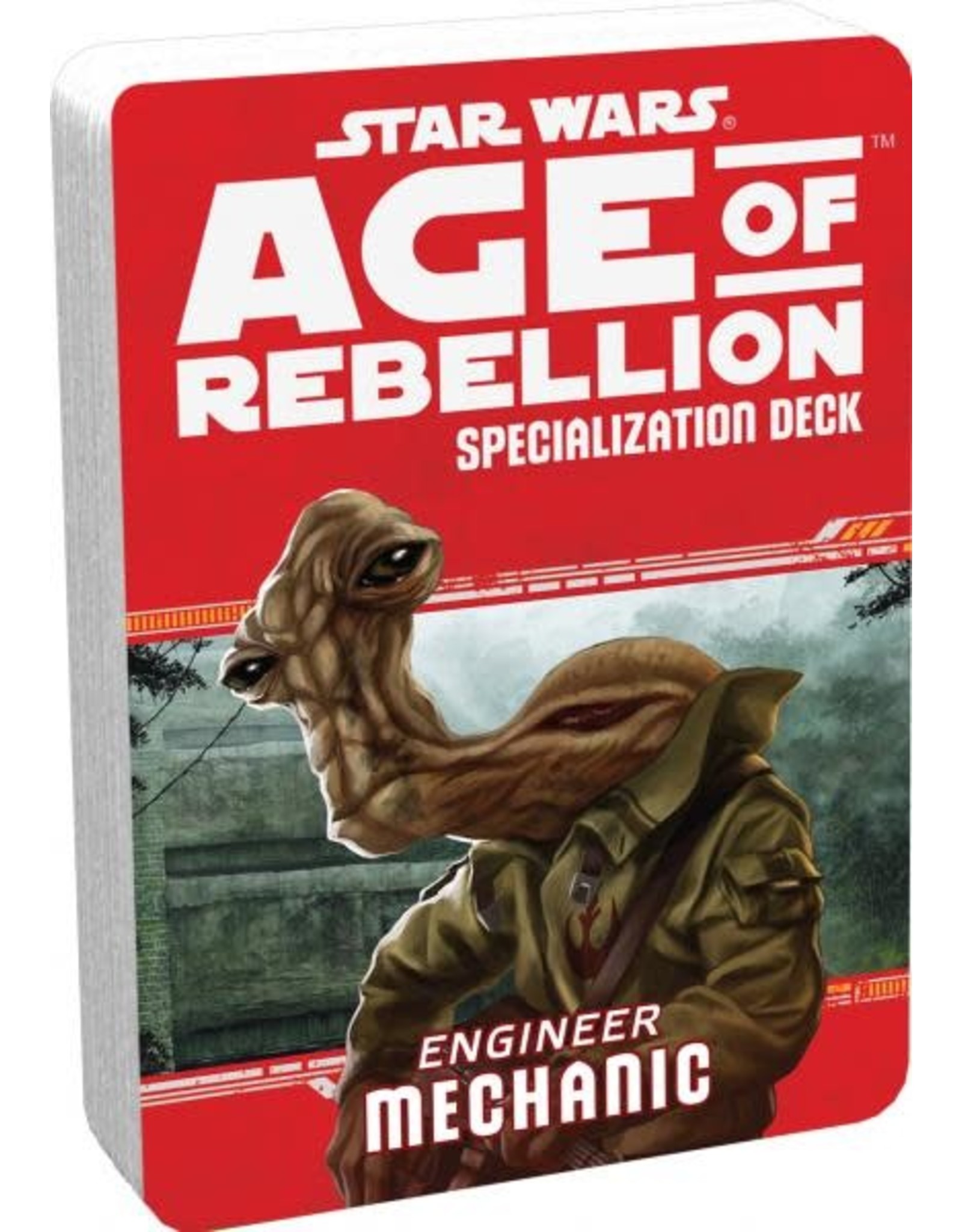 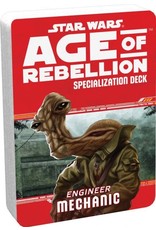 Mechanics are the gears of the Alliance machine and the grease that makes it run smoothly. Military vehicles, starfighters, artillery, and other machines suffer constant wear-and-tear, and the Rebellion relies upon its Mechanics to keep them functional for battle. Thus, while explosions erupt all around you and laser blasts ionize the air, the Engineer Mechanic Specialization Deck can be almost as valuable as your tool kit because it helps you focus on the task at hand to complete it as quickly and skillfully as possible.