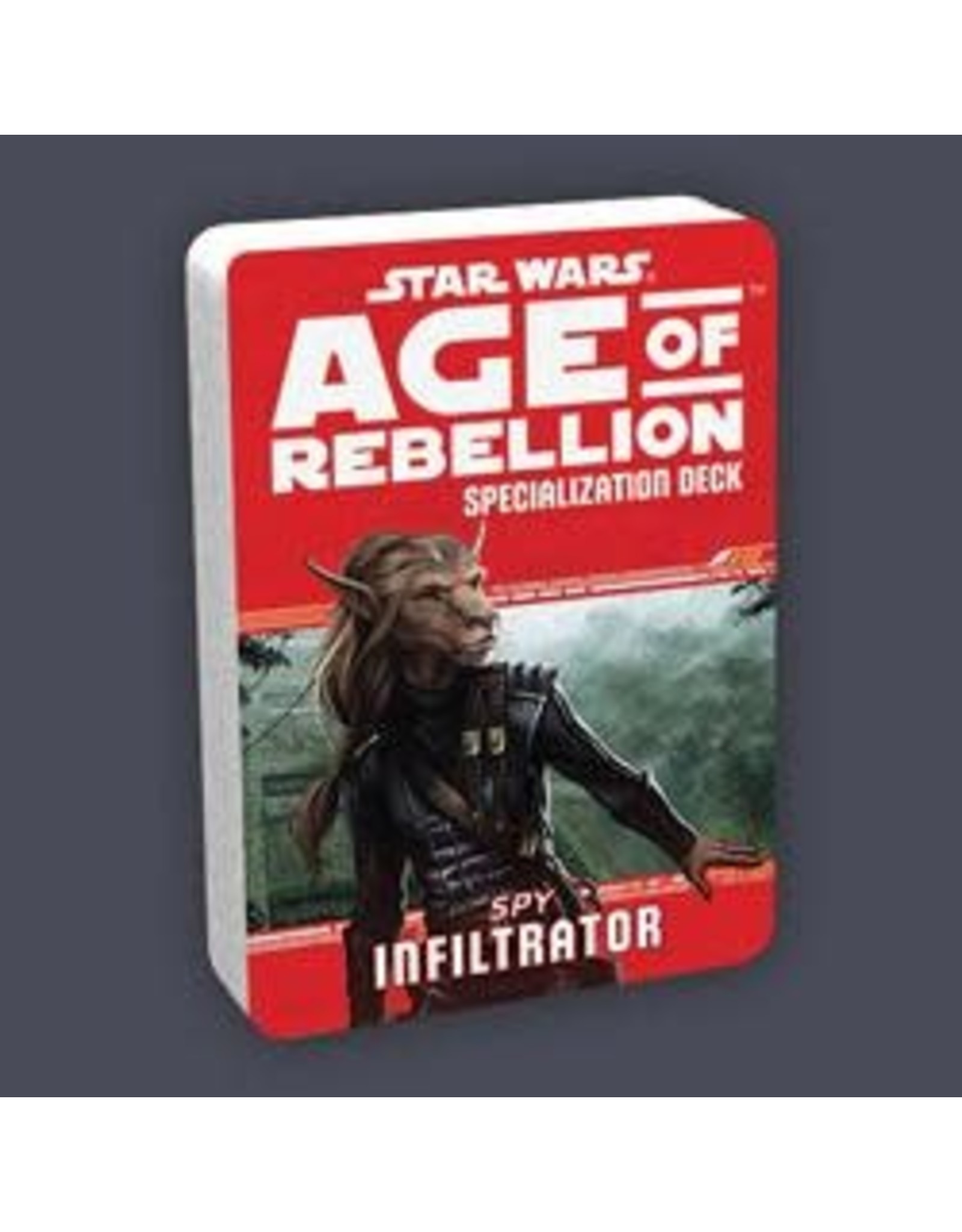 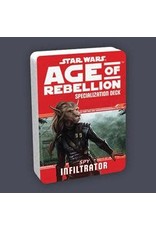 The Rebel Alliance relies upon its members to perform a wide array of duties, and its Infiltrators perform the tasks that most people imagine when they hear the word, “spy.” They excel at placing themselves in the very den of the beast, sneaking and lying to enter undetected. There, they work without backup in the very worst of circumstances to gather valuable intelligence about the enemy and their plans. Make sure you don't slip up while deep undercover; keep your rules close at hand with the Spy Infiltrator Specialization Deck.