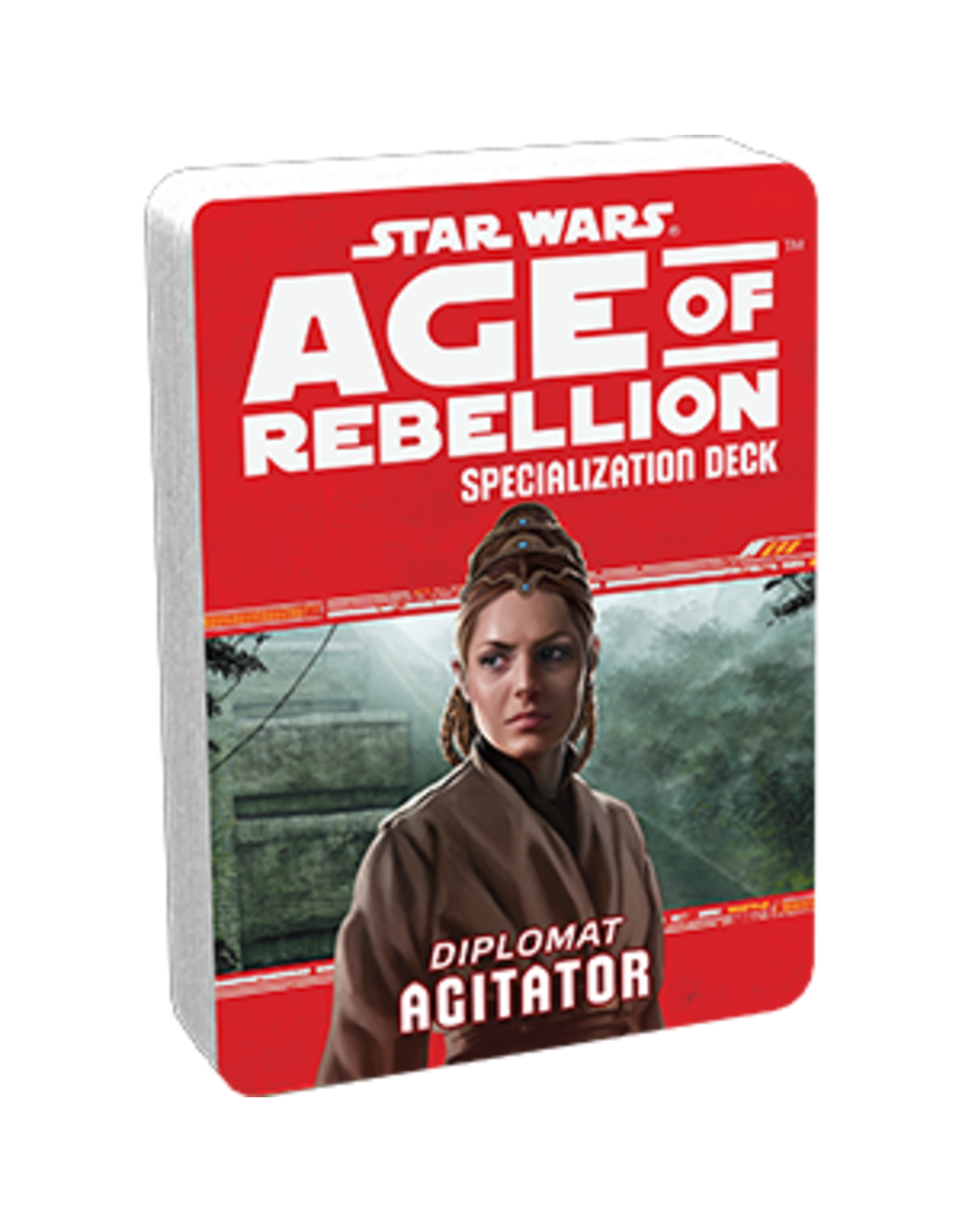 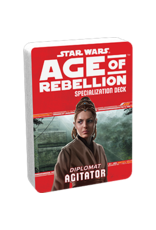 The Empire’s main weapon, more effective than all of the incredible firepower at its disposal, is fear. Fear lets it maintain order and authority over the countless beings in its thrall. Accordingly, Agitators are tasked with helping others overcome that fear, replacing it with anger, courage, or a sense of righteousness – anything that inspires them to rise up, take up arms, reject the tyrannical government that has long oppressed them, and help restore freedom and justice to the galaxy. As an Agitator, your job requires that you tread carefully, and you’ll do well to keep track of all your resources with the Diplomat Agitator Specialization Deck.