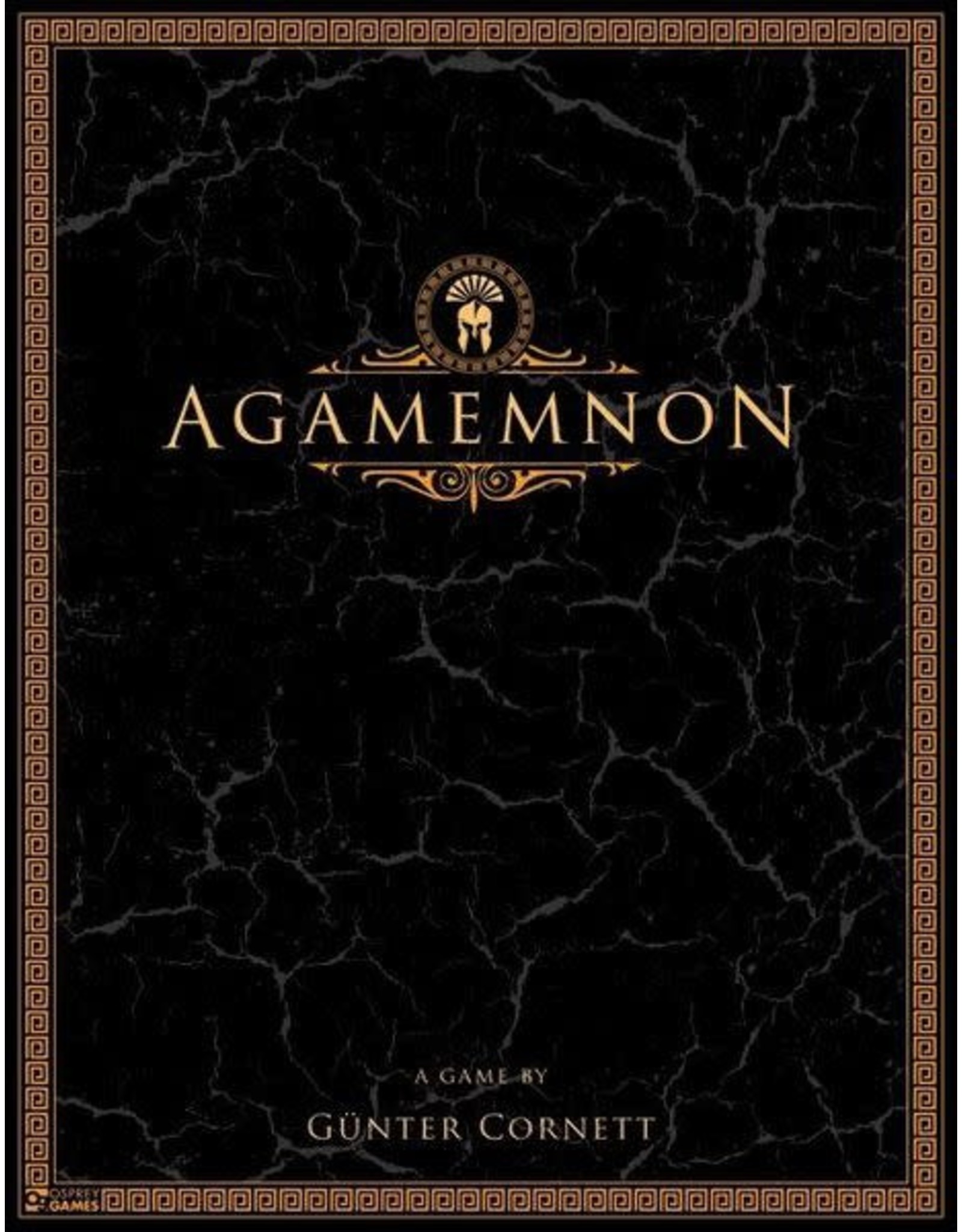 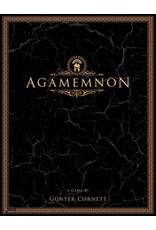 None can defy the will of the gods but the gods themselves. Driven by the ambition of their king, the Greeks have arrived on the shores of Troy. Some seek power, some seek revenge, while still others seek the great moment in battle that will define their place in history.

Agamemnon is a fast-paced strategy board game in which two players take on the roles of ancient Greek gods during the Trojan War. By tactically deploying warriors to where they're needed across the board, each player may influence the final outcome of the battles famously detailed in Homer's Iliad. Some areas will be decided by the strength of the warriors, others by sheer weight of numbers, and some by the inspiration your heroes provide.

To begin the game, Strings of Fate tiles are placed on their matching spaces on the board, and each player receives one set of fifteen playing tiles. These tiles come in three varieties: Warriors, with a numerical value marking their strength, Leaders, with both a letter rank and a strength value, and Weavers who have no strength or rank, but instead manipulate the Strings of Fate. Each player will shuffle their tiles face down in front of them.

The first player flips over one of their tiles, and places it on any available space. If it’s a Weaver, its effect immediately comes into play: the Warp Weaver may swap two adjacent Strings of Fate, whilst the Weft Weaver simply splits all strings it’s connected to. After the first turn, each player flips and plays two tiles on their turns.