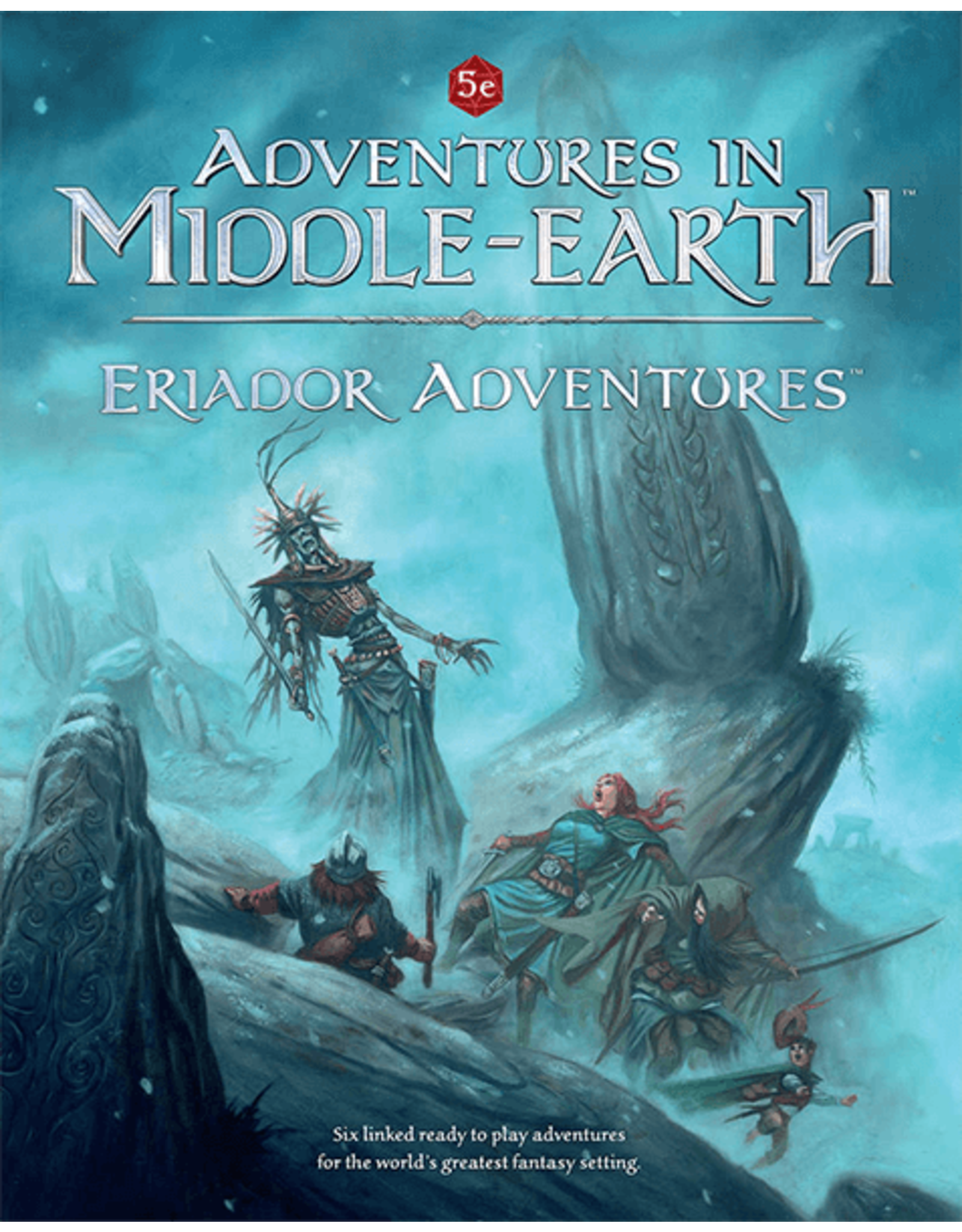 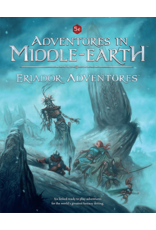 Children kidnapped in the night, unusually cunning Trolls, a mysterious caravan, the fate of a company of Hobbits, the legacy of the Dúnedain and an evil awakening beneath the barrows – six new stories set in the ancient land of Eriador. Six adventures that need a company of heroes to undertake them.

Eriador Adventures contains six ready-to-play adventures for Adventures in Middle-earth™, complete scenarios that can be played separately or as an epic series spanning a number of years. All adventures are set in the years prior to 2977, and take place in the lands surrounding Rivendell.

Delve into the ruins of overgrown Fornost, walk amidst the cairns of the Barrow-downs and venture to the lair of the Witch-king of Angmar himself, the ancient city of Carn Dûm — if you have the courage!

Eriador Adventures contains material previously released as Ruins of the North for The One Ring Roleplaying Game, fully converted to be compatible with Adventures in Middle-earth and the OGL rules.