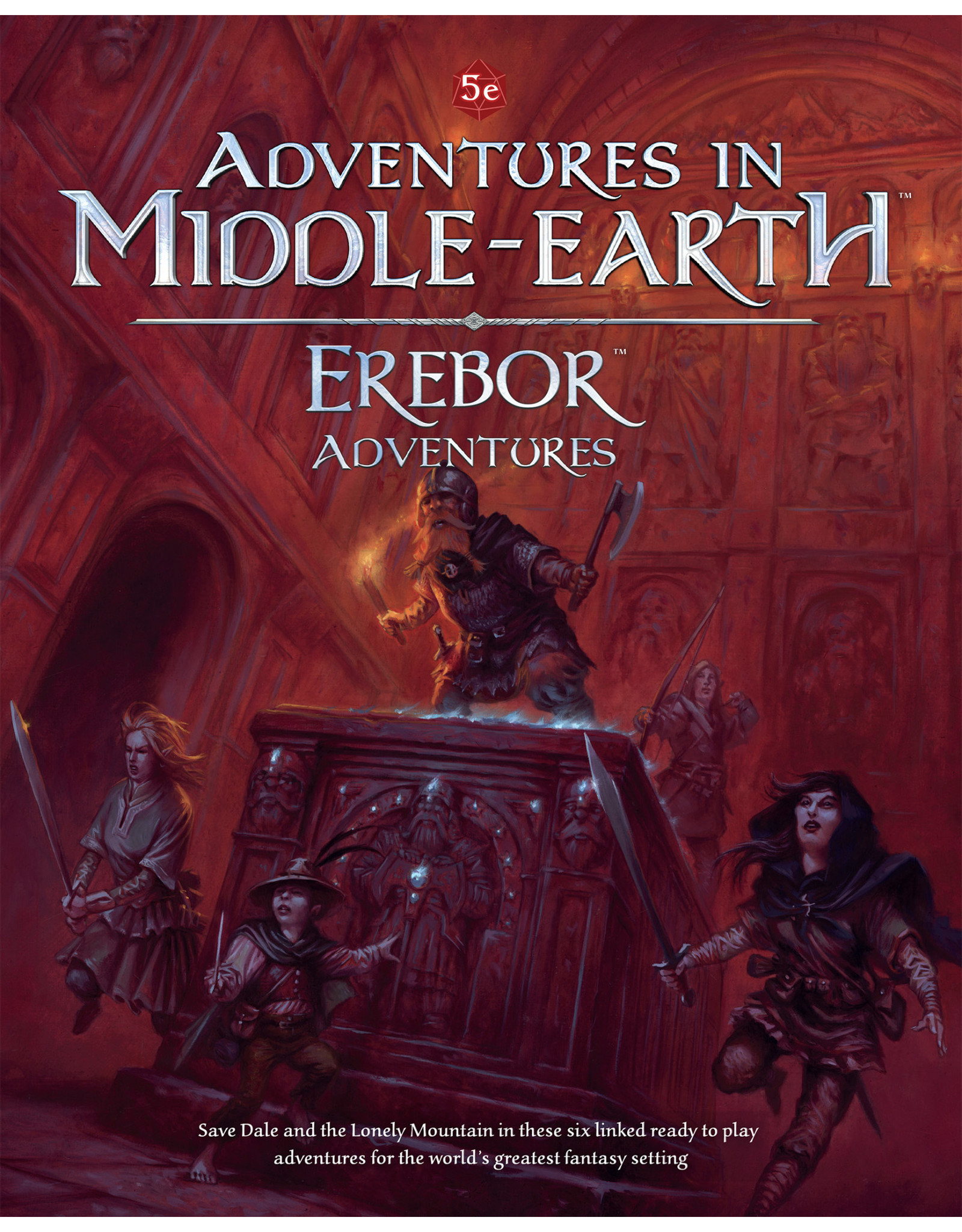 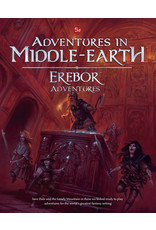 With the death of Smaug, Wilderland has been spared the terror of Dragon-fire and the plans of the Dark Lord to bring devastation and savage swords upon the Free Folks of the North have been foiled.

But the Enemy knows that in times of peace there is a subtler way to reach the heart of Dwarves and Men: Treachery!

Visit the Kingdom of Bard the Dragonslayer, see the wondrous toy-market of Dale and the reconstructed Lake-town. Gain access to the halls of the King under the Mountain, as you side with Balin son of Fundin in his search to foil a conspiracy threatening to bring war to the North.

Erebor contains six ready-to-play adventures you can play separately or as connected parts of a conspiracy that will unfold over the course of several years. The adventures take place in the areas described in the Lonely Mountain Region Guide supplement – a useful companion to this volume.

Erebor contains the information and adventures previously released as The Laughter of Dragons for The One Ring Roleplaying Game, fully converted to be compatible with Adventures in Middle-earth and the OGL rules.

With Smaug the Dragon defeated and the Dwarves of Erebor returning to their ancient mansion, the land east of Mirkwood resounds once more with the din of hammer on anvil. King Bard has completed the rebuilding of Dale, the City of Bells. The furnaces of the Lonely Mountain are relit, and the toy-market is reopened. Travellers, merchants and adventurers turn North once again to seek their fortunes as hope returns to Wilderland.

Packed with new information on some of the best-known locales and characters described in The Hobbit, this invaluable guide for players and Loremasters alike describes the Dwarf-hold of Erebor, the city of Dale, the surrounding regions and the many different activities to undertake there.