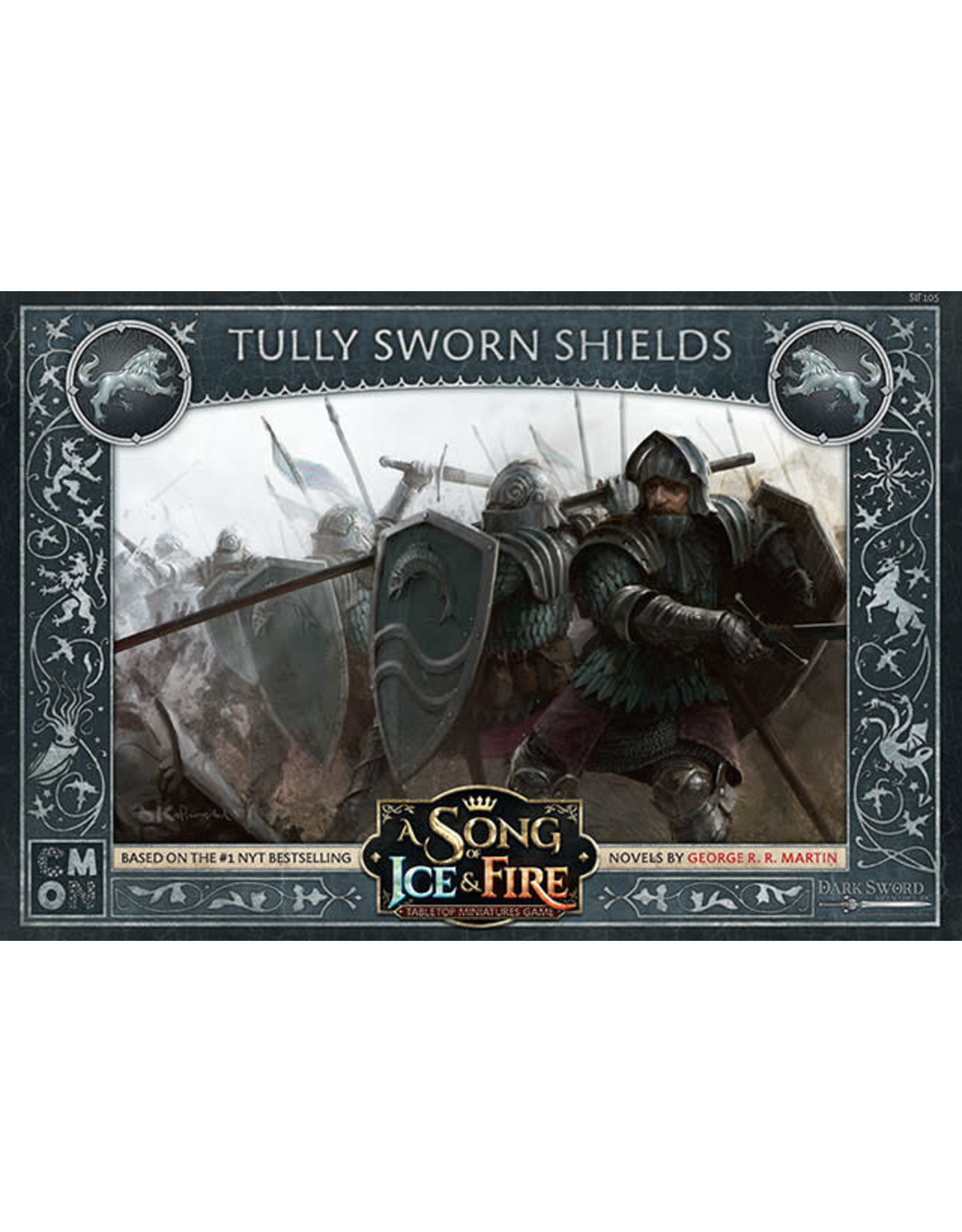 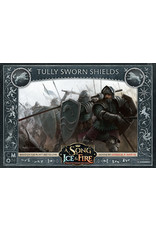 The great Houses of Westeros had many other, Houses that paid fealty to them. These bonds could be quite strong, reinforced by marriage. When House Stark sent out its ravens to call their Bannermen, House Tully was quick to lend their arms to the cause. In battle, the Sworn Shields would lock their shields together, side-by-side, creating a nearly-impenetrable wall, on which even cavalry charges could be halted.

The A Song of Ice and Fire: Tabletop Miniatures Game Tully Sworn Shields unit box gives House Stark players a bulwark on the battlefield. Sworn Shields can utilize their Shieldwall order to negate hits to their front facing, dulling an enemy charge or subsequent attacks against them. Meanwhile, their trusty longswords will show that this unit isn't entirely defensive in nature. The set includes 12 miniatures in four different sculpts, along with the unit's stat card and movement tray.