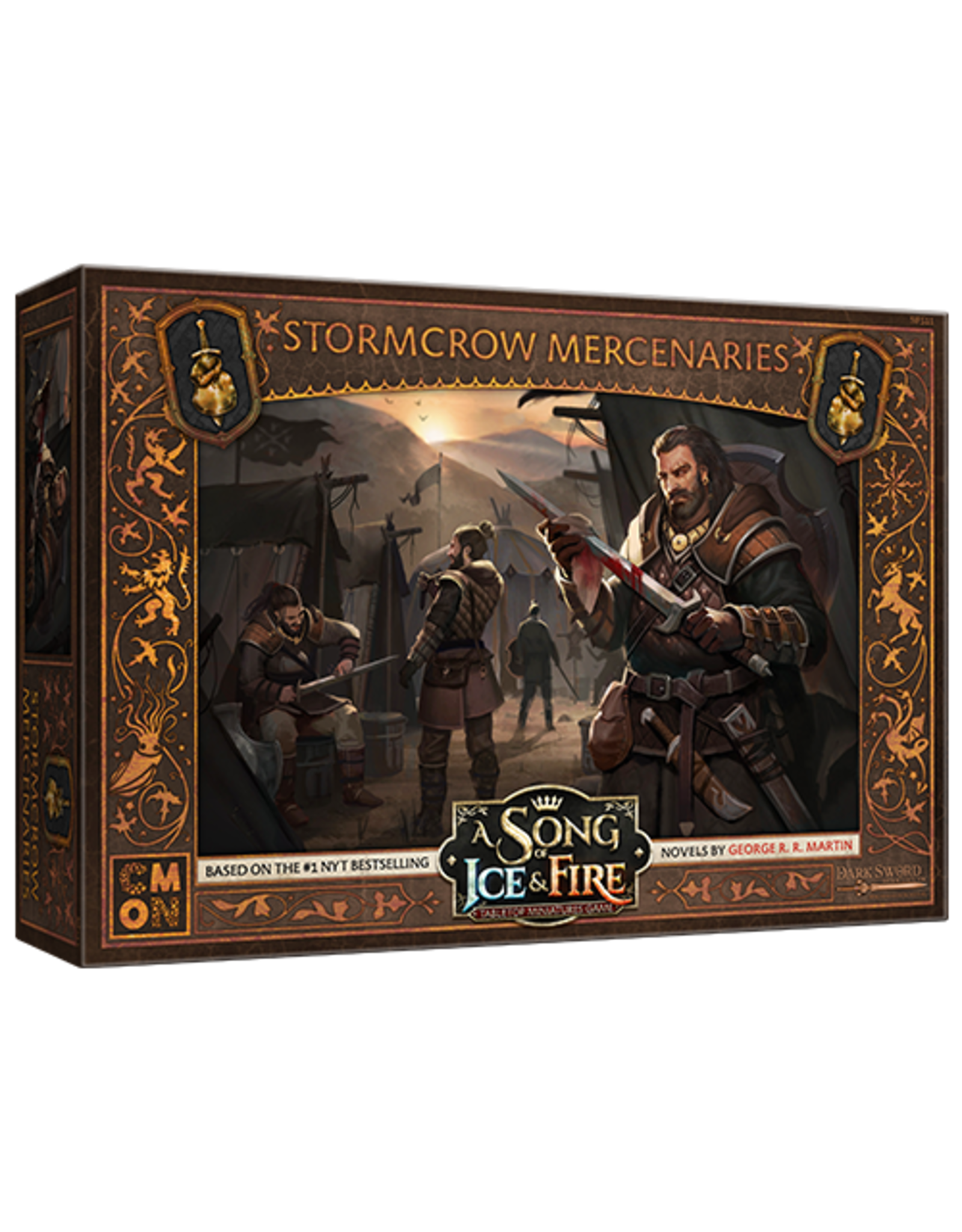 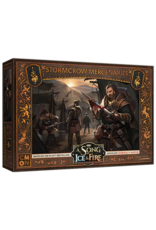 With war happening regularly in Westeros, certain groups have formed around the idea of selling their armed services to anyone who can pay their price. The Stormcrow Mercenaries are one such group. They will gladly form up and take to the field for money, bolstering their employer’s lines for a critical battle.

The Stormcrow Mercenaries unit box gives commanders a new option on the battlefield. The unit has moderate stats, but is a perfect addition for players who like Unit Attachments, as their special rules let them take one for fewer points than usual. Also, when targeted by the Wealth zone of the Tactics Board, they can make a free attack. The unit comes with the Stormcrow Lieutenant, which gives the unit they’re attached to an Attack bonus and Sundering while a friendly unit controls the Wealth zone of the Tactics Board.

This is an expansion, A Song of Ice and Fire: Starter Set - Stark vs Lannister is required to play.