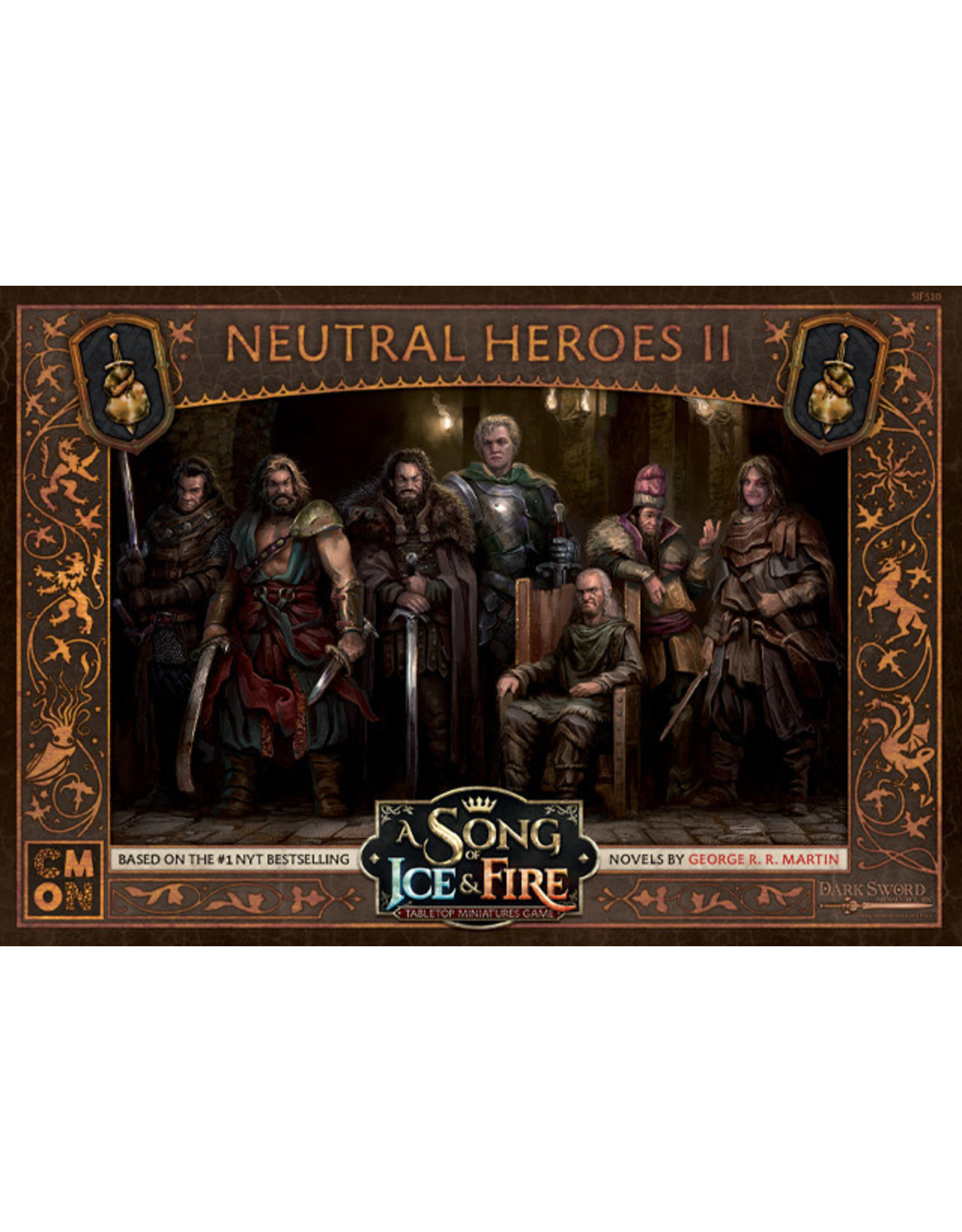 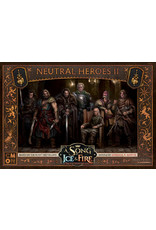 Westeros is a land not unfamiliar with war and conflict. Much blood has been shed all across its expanse. During times of strife, there are those that don’t simply stand behind a single banner, but will move from force to force looking to either make some coin or simply follow their own paths and desires. These individuals are no less useful on the battlefield, as they often bring special skills that may not be found under one’s own banner.

The Neutral Heroes II Box has many of these individuals, from all walks of life and from all corners of Westeros. There are new Unit Attachments such as Bronn or Brienne. There’s new Non-Combat Units like Jaqen H’ghar and Tycho Nestoris. There are even new Neutral army commanders like Vargo Hoat and Daario Naharis, complete with their Tactics Cards. Each one can dramatically alter the way an army functions on the battlefield.

This is an expansion, A Song of Ice and Fire: Starter Set - Stark vs Lannister is required to play