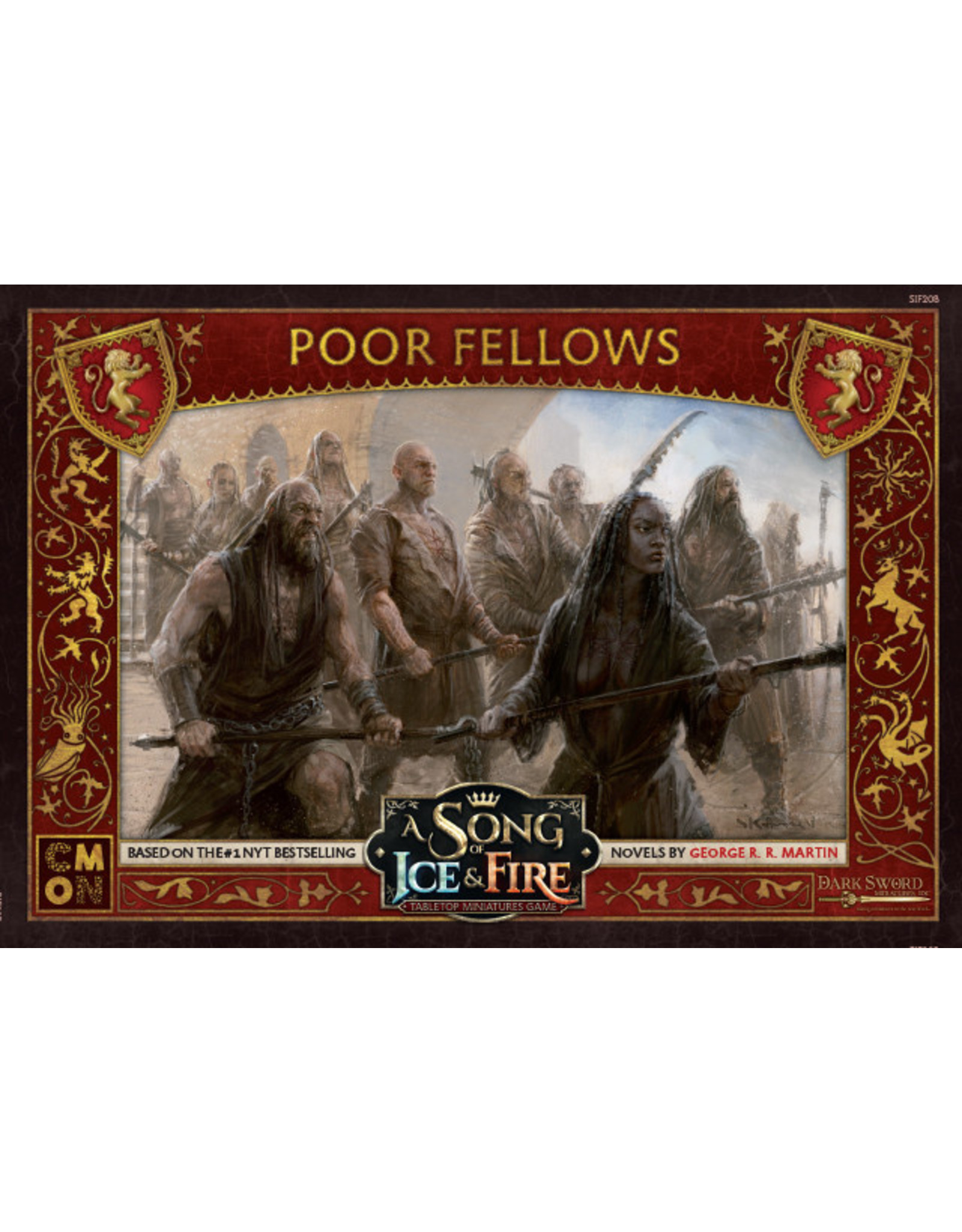 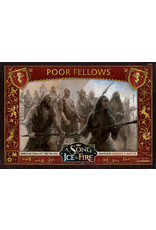 Unshakable Faith Can See a Man Through Any Conflict

The Poor Fellows do not wear fancy armor. Their weapons are whatever was close by when they headed into combat. But enemy Commanders that discount their prowess in battle will soon find themselves overrun by fanatics.

The Poor Fellows Unit Box gives Lannister Commanders a unit full of surprises on the battlefield. Having only moderate combat abilities, their true strength comes from passing Morale tests. That gives them a Faith token that can later be spent to deal direct Wounds to enemies. The unit also continually regenerates its numbers as the battle goes on, calling up new faithful to join their ranks each time they activate. The unit can be on the verge of destruction one turn, then swell back to full combat strength in a couple turns.