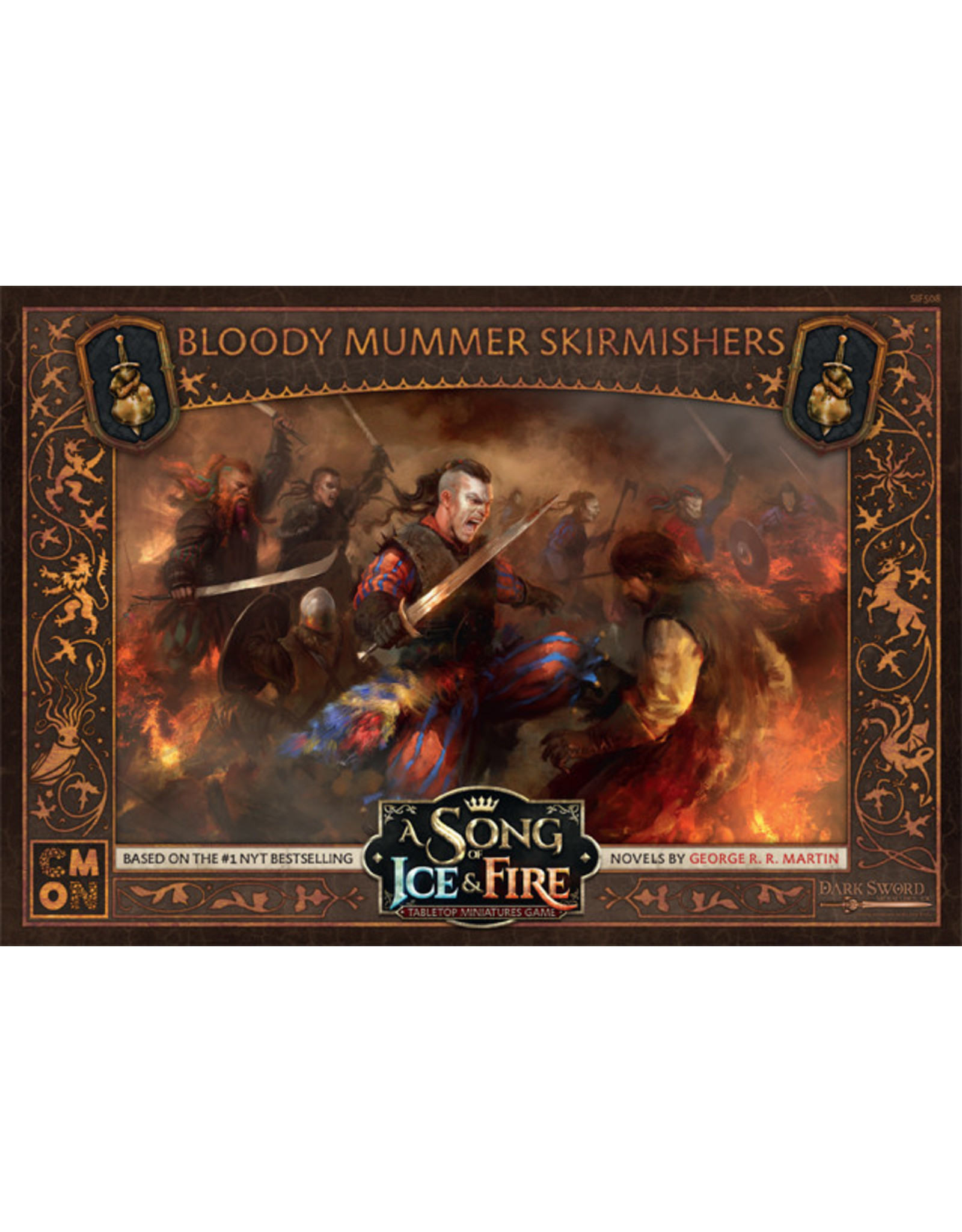 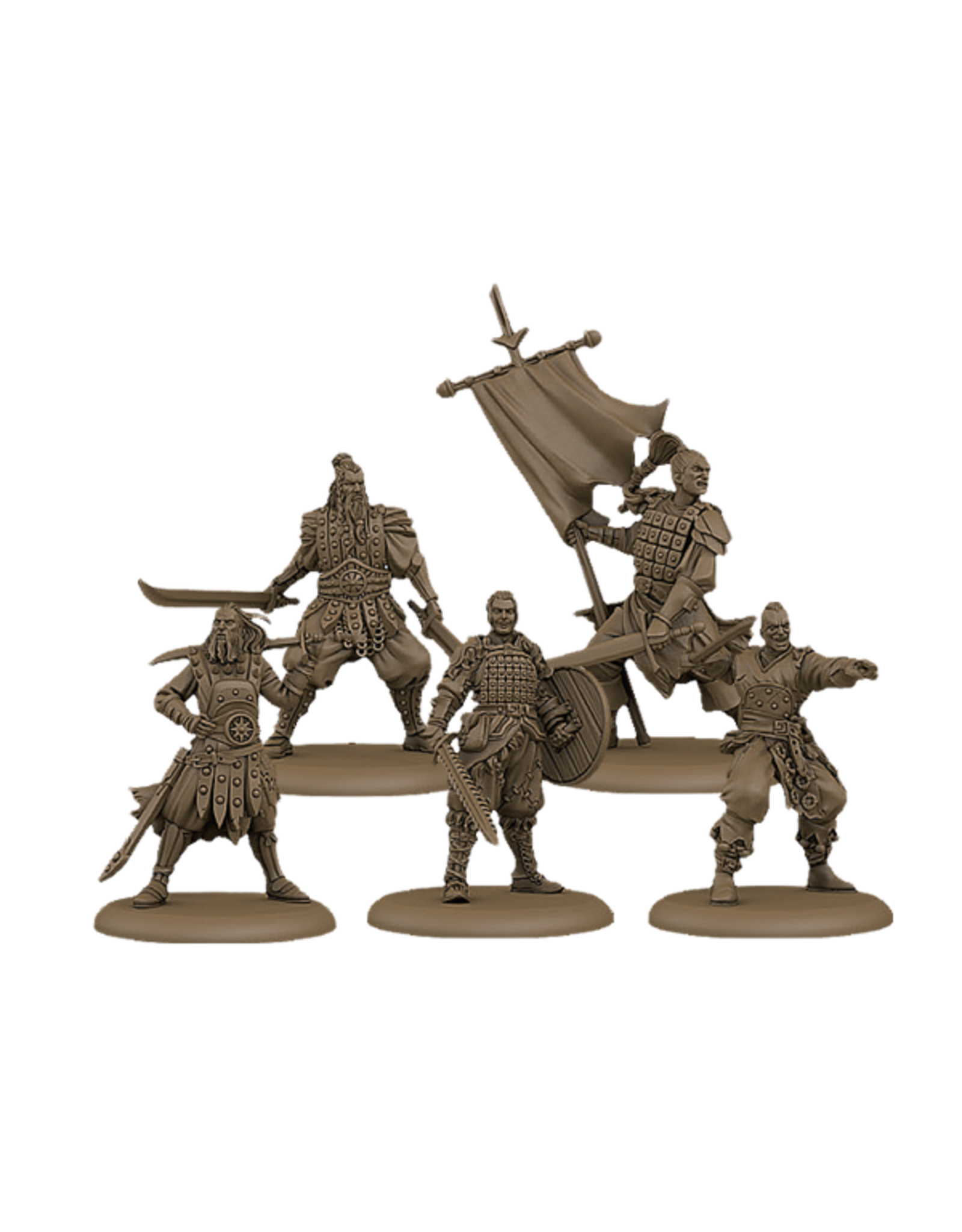 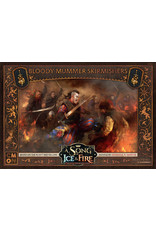 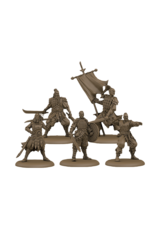 Their Garishness of Their Getup is Matched Only by Their Cruelty

There are many mercenary companies in Westeros. Each one must find a way to stand out from the rest. The Bloody Mummers do this via garish outfits and makeup, along with wild antics. But it would be only a fool that would think them as mere clowns on the battlefield. Their outfits are not the sign of a friendly disposition. In fact, it more acts as a warning, as the Bloody Mummers are also known as one of the cruelest mercenary companies.

The Blood Mummers Skirmishers unit box for the A Song of Ice and Fire: Tabletop Miniatures Game brings a dedicated melee unit to commander’s armies. Being a Neutral unit, most commanders can pay their price and take them to battle. These colorful jesters are not to be toyed with in combat. Armed with vicious blades, they roll a respectable number of dice in melee. They only get better when attacking an enemy that has not yet activated. Even retaliating against them is dangerous, as their Parry ability will punish those that attack haphazardly.