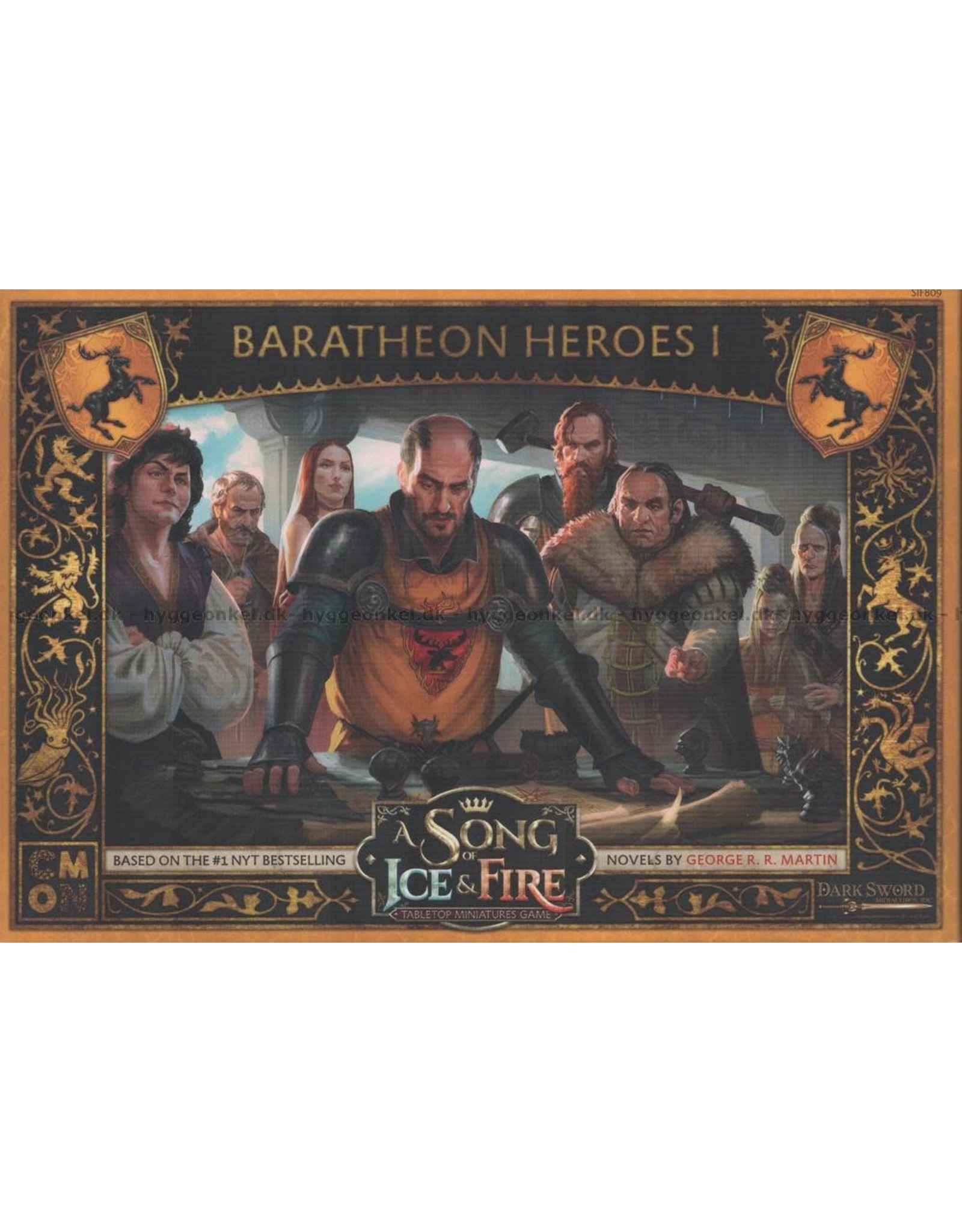 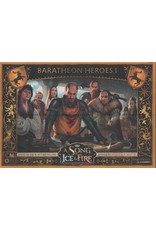 he Baratheon Heroes #1 box set gives House Baratheon players in the A Song of Ice and Fire: Tabletop Miniatures Game a host of options for when they field an army loyal to King Stannis. The box set contains seven new characters, including a new version of King Stannis himself. With four new options for army’s Commander, players will be able to customize their forces to their liking. All the Stat and Tactics cards needed to play these devoted followers are included, so they can be used right out of the box.

This is an expansion, A Song of Ice and Fire: Tabletop Miniatures Game - Baratheon Starter Set is required to play.