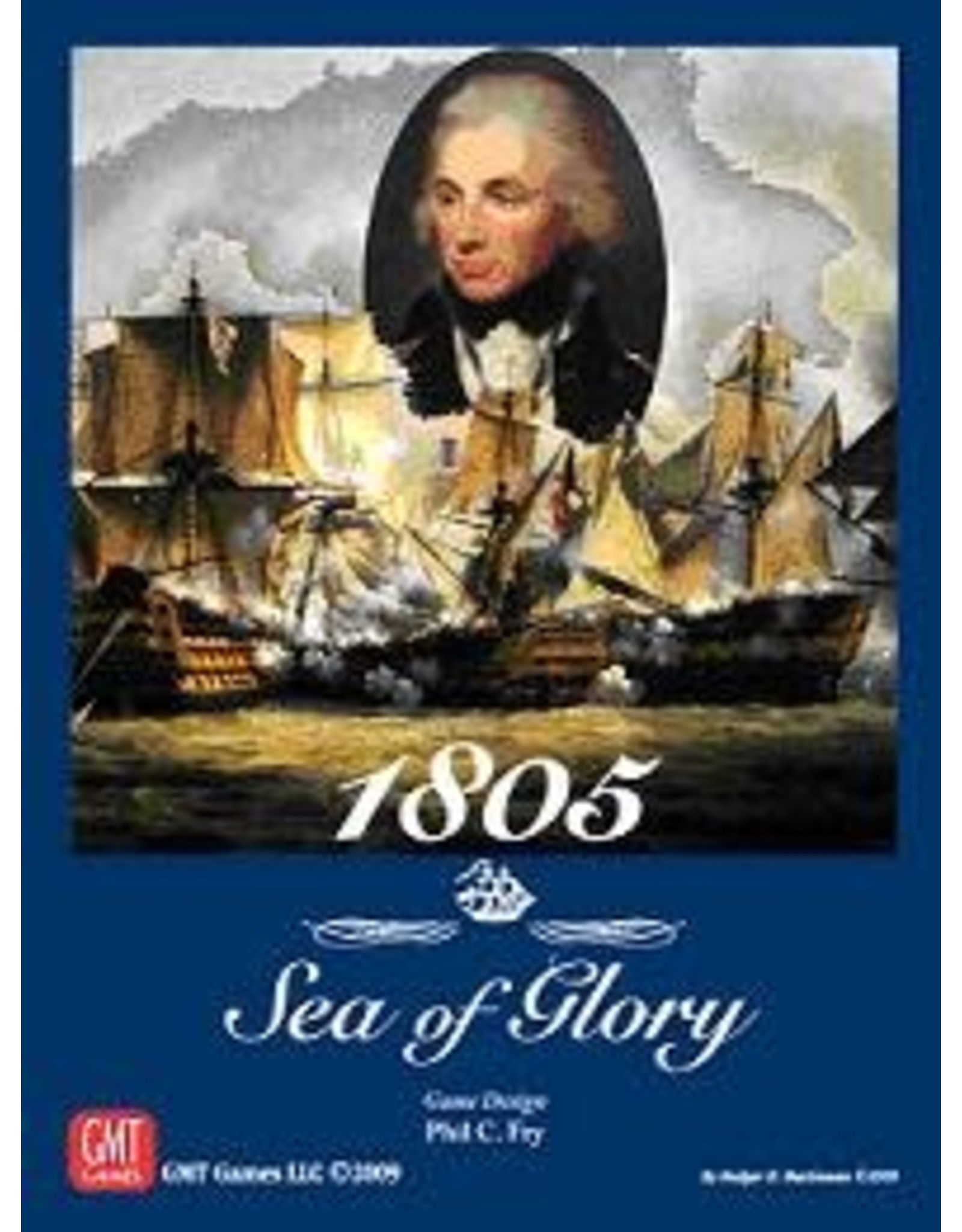 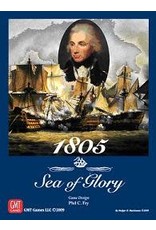 Spring, 1805
Napoleon’s Grande Armee’ is encamped along the shores of the English Channel. Following the teachings of Alexander, the French Emperor seeks to defeat a naval power from the land. He has but to place his 200,000 troops on British soil and France’s hereditary enemy will finally fall. To do this, his combined fleet must control the Channel long enough for hundreds of shallow draft boats to ferry his troops to England. Standing in the Emperor’s way is the Royal Navy.

The year 1805, which is punctuated by the British naval victory at Trafalgar, represents one of England’s darkest times during the Napoleonic Wars. Her great “wooden walls” offer the island nation its only defense against a far superior foe.

1805: Sea of Glory examines the naval war on an operational level during that pivotal year. Although Trafalgar shines through history as the beacon of victory, it is the successful blockade of enemy ports that kept French boats from stepping onto British soil. But 1805: Sea of Glory is more than just a game about blockade duty. It is a game of breakout and pursuit, deception and false leads, husbanding meager resources, striking a blow where your enemy least suspects, and bringing about the decisive battle that defines victory or defeat.

1805: Sea of Glory focuses on the operational actions of the three great navies. The Allied player (France & Spain) must constantly try to break out of numerous European ports and form a combined fleet. The British player must continuously worry about his ships on station, as wind and weather allow the enemy an opening to slip anchor and set sail. For when Napoleon’s fleets take flight, the British are hard pressed to cover all the potential targets and bring the enemy to bear. The British player will find that he never has enough frigates to watch all avenues of escape, and that a clever French player can keep him guessing and ultimately win this game of cat and mouse.

The game uses blocks to represent the fog of war. The ability to spot and intercept your enemy is paramount. But is that block scurrying across the Mediterranean towards Egypt the French fleet? Or has the Toulon squadron turned west towards the Caribbean? From the French perspective, is the block off the coast of Brest a fleet? Or have the British returned home to repair and refit, leaving only a few frigates to watch the port? Is now the moment to sortie? Or does a large enemy force lay just over the horizon?

While blocks represent fleets, squadrons, and scouting frigates, traditional counters represent the individual ships of the line. Every ship that could have seen duty, from lowly 64 gunners to the massive Santissima Trinidad, is present. Individual ships are kept on off map organizational charts, so that the exact composition of a fleet or squadron block is not known to your opponent until interception takes place.

The great naval commanders of the age are present in the game as well. Rosily-Mesros, Villeneuve, Ganteaume, Missiessy, and Gravina for the Allied fleets. Cornwallis, Nelson, Calder, Collingwood, and Strachan for the British. Each admiral is rated for his ability to escape or pursue, as well as, his tactical acumen in combat. Special abilities are also included: from Cornwallis’ skill as an administrator, to Villeneuve’s fatalistic bent, to Gravina’s charisma, to Nelson’s visionary brilliance brought to life as the “Nelson Touch”.

The 22” x 34” map covers the North Atlantic from the Channel Coast to Africa, and the Mediterranean from the Straits of Gibraltar to Egyptian shores. An insert map covers the West Indies. Each hex represents 50 nautical miles. An Atlantic transit track handles fleets and squadrons sailing from Europe to the Caribbean and back. The major ports of the three belligerents are shown; each rated for harbor facilities and their effect on a fleet’s ability to sortie.

Weather also plays a huge part in the game. Storms and squalls will blow blockading forces off station, allowing the Allied player the opportunity to escape. While at sea, fleets and squadrons are at the mercy of the wind. True to any age of sail game, fleets may become becalmed at the worst possible moment. Prevailing winds are also noted on the map, resulting in interesting strategic options. A player that learns to anticipate and utilize the game’s weather system will have the advantage. Beware being caught at sea in the Windward or Leeward Islands during hurricane season.

Each individual ship is rated for its firepower and morale. The Allied player will cringe as his Spanish ships strike their colors early in a battle, while the steadfast Jack Tars of the Royal Navy will never seem to falter. But despite their superiority at sea, the British are not invincible, and a shrewd French player will find ways to thwart his enemy. Fire high and disable the British so that you can slip away, or stand hull to hull and exchange broadsides?

A unique tactical combat system rewards fleets that seize the weather gauge. Each player has a selection of tactics chits which represent flag signals sent to his ships during battle. Choose the right combination of maneuver and sail settings to break the enemy line. Take the leeward position and attempt to escape before the windward fleet can close. Or from the leeward, turn and fight, creating a gauntlet of fire an overly aggressive enemy must endure. A Trafalgar sized battle can be fought out in less than 15 minutes.

Although the game ends immediately in a French victory if the Allied fleet ever controls the English Channel, there is also a set of variable victory conditions. The British Admiralty must watch out for French invasions of Egypt, Malta, Naples, Ireland, or West Indies islands. The British player will quickly learn that he never has enough ships to cover every potential threat.

A series of random events rounds out the simulation. Napoleon’s meddling, British manpower shortages, West Indies fever, Spanish drafts, favorable winds, and Royalist spies are among some of the events that will hinder or help players achieve victory.