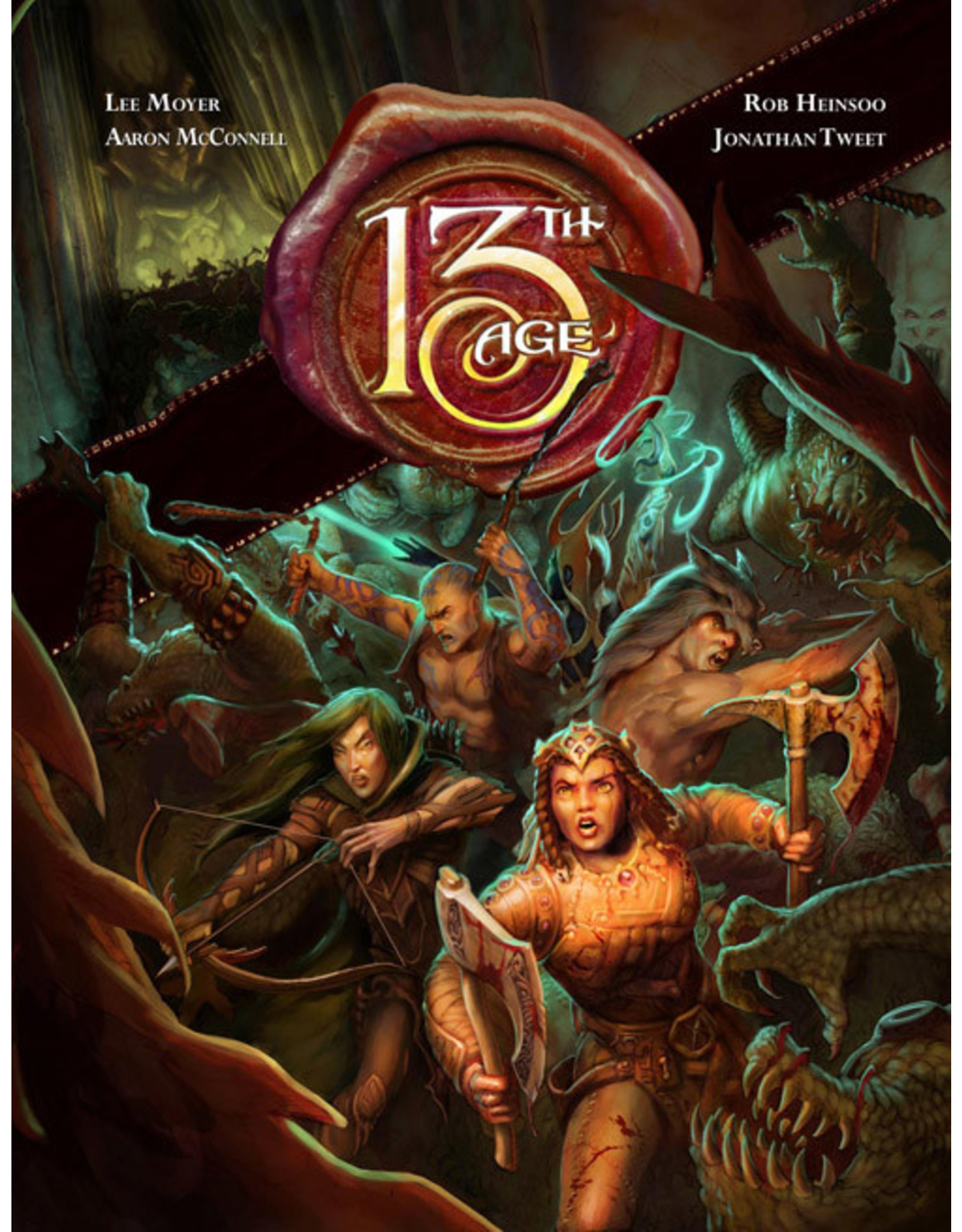 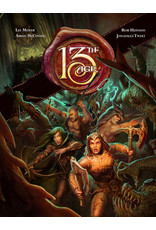 13th Age combines the best parts of traditional d20-rolling fantasy gaming with new story-focused rules, designed so you can run the kind of game you most want to play with your group. Created by Rob Heinsoo and Jonathan Tweet, 13th Age gives you all the tools you need to make unique characters who are immediately embedded in the setting in important ways; quickly prepare adventures based on the PCs’ backgrounds and goals; create your own monsters; fight exciting battles; and focus on what’s always been cool and fun about fantasy adventure gaming:

About 13th Age
In the 13th Age of the world, adventurers seek their fortunes in the Dragon Empire while powerful individuals known as Icons pursue goals that may preserve the empire from chaos, or send it over the edge.

Players decide which Icons their characters ally with, and which ones they oppose. These relationships, along with a personal history and a unique trait chosen during character creation, help define an adventurer’s place in the world of 13th Age and lay the groundwork for epic stories that emerge through play.

There are also fun new rules for hitting orcs and making them go splat.

“Our goal with 13th Age is to recapture the free-wheeling style of old-school gaming by creating a game with more soul and fewer technical details. …13th Age makes the play group’s campaign the center of attention, with a toolkit of rules that you can pick and choose from based on the kind of game you want to play. The mechanics draw from classic games as well as newer, story-based games.” – Jonathan Tweet, co-designer